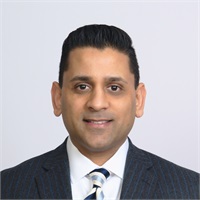 Victor joined Lee, Nolan & Koroghlian, LLC with nearly 20 years of financial services industry experience.  Beginning his career at MetLife, he was quickly recognized as a leader and has never missed qualifying for conference in his career.  Among the numerous esteemed awards at his previous employer, were Chairman’s Council (2013) President’s Conference (’01, ’02, 2010-2012), Leaders Conference (2000-2016), Quadruple Crown (2001), Super Starter (2000), Court of the Table (2013), Million Dollar Round Table (2001-2016).  Victor was a firm record-setting 6-time disability income sales leader in addition to being the life insurance face amount sales leader (2015).  In 2013, Victor was ranked as the #3 South-East Asian advisor in all of MetLife.

In addition to being an advisor, Victor spent twelve out of twenty years as a member of management while continuing to build and serve his clients.  His contributions helped his former firm achieve back to back Management Chairman’s Council qualifications while qualifying for Management Leaders Conference as a sales leader (2007-2010).  His proven coaching and development skills were on display when he developed, a firm record, 14 consecutive new associates to achieve Super Starter qualification in their first quarter in the business.  Victor developed numerous financial professionals to various levels of conference qualification while growing his team by 500% over several years.   He truly believes that the best financial professionals have great mentors.  Victor has been a recipient of the firm’s Agency Sales Director of the Year Award (2009) and during his time with MetLife, was managing 24 financial professionals in 5 detached offices throughout NY and NJ with total team revenue exceeding $3MM of GDC.

In his role as Senior Managing Director, Victor is focused on leading a team of high performing financial professionals in Monmouth County, NJ.