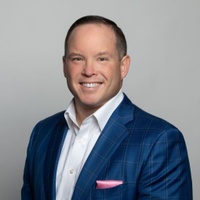 Adam joined Lee, Nolan & Koroghlian, LLC in 2014 with 12 years of industry experience.  Beginning his career at MetLife, Adam spent eight years with one of the company’s top agencies in the nation and quickly became a qualifier for Million Dollar Round Table from 2005-2007 and the company’s Leaders (2005-2007) and President’s Conferences (2004).   His performance earned him a promotion to Sales Director, where he was ranked among the top 10% of his peers in the country.  Adam is honored to have been asked to speak at MassMutual Academy, a national educational forum for MassMutual Advisors, GAMA Internationals annual leadership conference “LAMP” which brings together over 3000 of the top leaders in the industry as well as MassMutual’s Sales Manager Summit which brings together the top 2nd line leaders in the country on an annual basis.  He was a MassMutual Summit Qualifier in 2014, 2015 and 2016 and a MassMutual Leaders Conference Qualifier in 2015 through 2018.  Adam is also recipient of the GAMA International Frontline Leaders Platinum Award for 2015 through 2018. In 2017 Adam received his Certified Leadership Fellow degree from the American College of Financial Services.

In 2018 Adam was promoted to General Agent and Managing Partner. In his expanded role, he is now responsible along with his partners, Dominick Iorio and George Koroghlian, in the oversight of training and recruiting across all LNK locations, as well as the development of their inexperienced advisors, agency wide. He’s credited with recruiting and developing a dynamic team of financial advisors including, recent college graduates, career changers and seasoned professionals.

Adam in 2018 served as the Secretary for the Greater NY Metro region for NAIFA The National Insurance and Financial Advisors Association, he is also a member of the General Agents and Managers Association (GAMA International) and the Garden City Chamber of Commerce.

In 2022 Adam is serving as Co-Chairperson for the American Heart Association Long Island Heart Challenge Series, a charity that is extremely important to he and his family.

Born and raised in Garden City and currently residing in Wantagh NY, Adam and his wife Samantha Clark Cherney are proud parents to 3 amazing children Zachary, Kayla and Makayla.