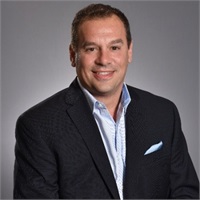 Paul joined Lee, Nolan and Koroghlian in 2018 with 9 years of industry experience.  He began his financial services career as an advisor with MetLife and was quickly recognized as a leader within the organization.  He was promoted to Agency Sales Director after two years.  In 2013, he joined Penn Mutual in Edison, NJ, where he led one of top sales teams in the country.  Paul was a two-time Leaders Conference and Million Dollar Round Table qualifier during his time at MetLife (2010, 2012) has qualified for one Silver (2015) and two Platinum Front Line Leader Awards from GAMA International (2016, 2018).

Paul is incredibly passionate about the insurance and financial services business and built his career on helping business owners and families implement strategies to reach their financial goals.  In his present role, he is also responsible for recruiting, training, and developing both new and experienced financial professionals to the Saddle Brook office.

In his spare time, you can find Paul actively involved in assisting and coaching children’s sports, playing golf, hiking, camping, and spending time with family.  He and his wife, Christine, are the proud parents of three children.  The family resides in Wayne, NJ.

Tarek joined Lee, Nolan & Koroghlian, LLC in 2020, with nine years of industry experience. He began his financial services career as a financial professional with American Income Life before being promoted to a Supervising Agent, six...